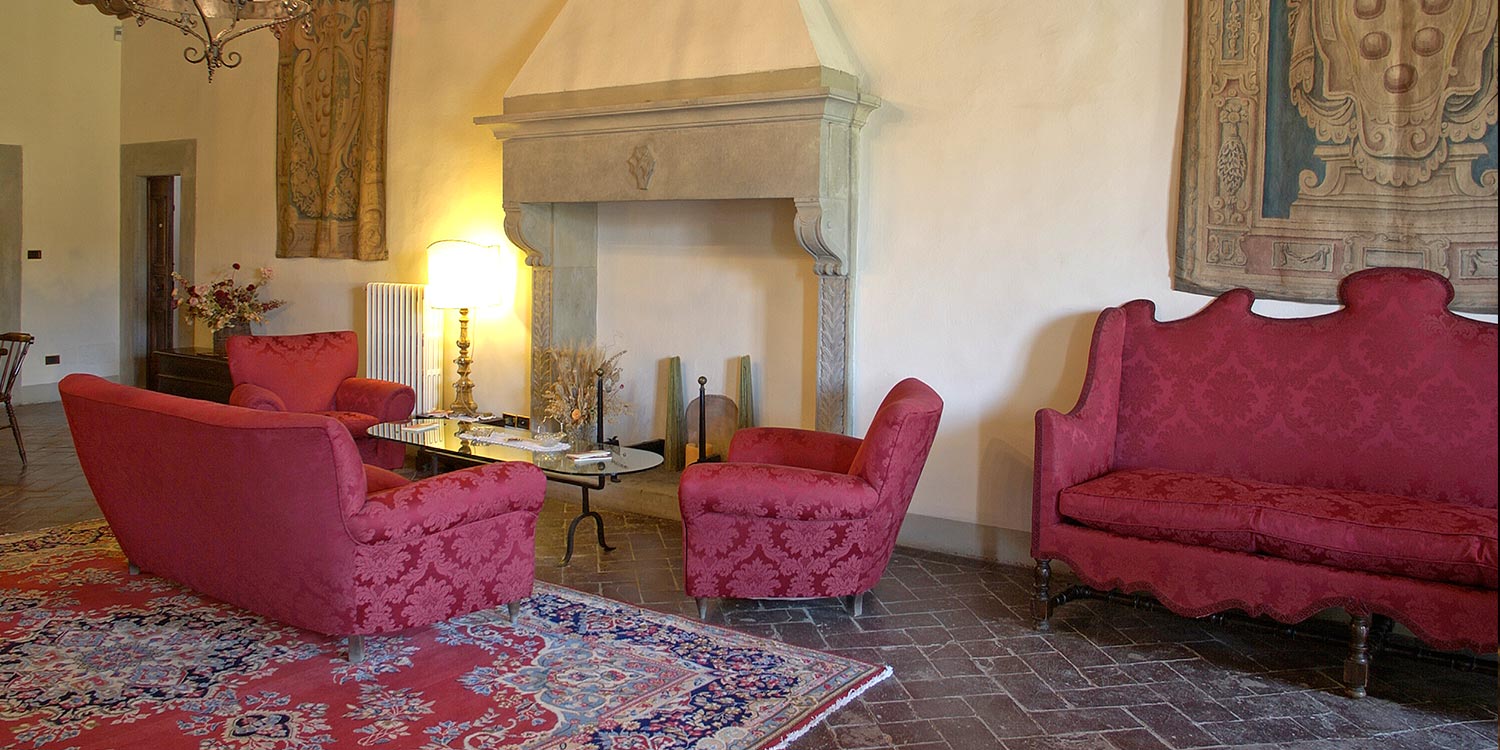 The emotion of living within history. From Villa Campestri to the Medici Villas.

Bringing to life Villa Campestri’s 800 years of history and combining this with its transformation into a luxury Resort was quite an endeavor.  It was an endeavor that our family faced with passion, year after year, in order to make Villa Campestri a place where each day of your stay would offer the excitement of entering into an historical context similar to that of the famous Medici Villas that have been declared World Heritage Sites of UNESCO.

Take two steps with us back into the past.

The entrance to the estate. The frescoed shrine dated 1300.

Before going down the tree-lined road, you will catch sight of a shrine with a sinopia of the splendid fresco created by the illustrious Lorenzo di Bicci (who probably studied under Spinello Aretino) in the second half of the 1300’s. The original fresco is now in the Beato Angelico Museum of Vicchio.

A small fortress becomes a manor house.  Villa Campestri comes to life between 1430 and the 1600’s.

The manor house that you see today began to take on its present form when the building was enlarged in 1430. It was completed as a Renaissance Villa at the end of the 1600’s.

Come into our Restaurant L’Olivaia. In the Sala del Pozzo you can admire an artesian well that goes back to the 13th century when the Villa was a small defensive fortress.

The façade of the building was completed between the end of the 1800’s and the beginning of the 1900’s. Its decorative frieze was painted, it seems, according to a drawing by the famous Michelozzo Michelozzi. As a Florentine Renaissance architect under Cosimo de’ Medici, Michelozzi designed Cafaggiolo Castle and Careggi Villa.

Our rooms.  Stained glass windows of the early 1900’s.

The stained glass windows of some guest rooms, the in-house Restaurant, and the small chapel of the Villa were manufactured in the Chini factory of Borgo San Lorenzo.  Galileo Chini, sublime decorator, ceramist, and protagonist of Italian Art Nouveau movement, founded the factory in 1896.