Day of the Unification of Italy: 150 years of Villa Campestri Olive Oil Resort 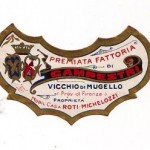 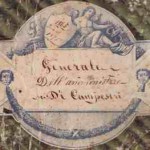 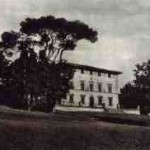 On 17th March, we celebrate the 150th anniversary of the Unification of Italy: it was 1861 when Vittorio Emanuele II proclaimed the unity of our Country. We are celebrating this important anniversary by reviewing the history of the last 150 years of Villa Campestri Olive Oil Resort. In 1861 Villa Campestri belonged to the noble Florentine family Roti Michelozzi. The Villa was a farm producing fruits, vegetables, cereals, olive oil and wine. According to the documents of the time, the Dairy House in Campestri was collecting milk from the producers in the area of Vicchio and was produced an excellent quality of butter and cream.

In those years, the original core of the Villa, dating back to 1222, was substantially upgraded: Giuseppe Roti Michelozzi did make the actual facade preserving the decorative frame, which seems to have been painted and designed by the famous Florentine Renaissance architect, Michelozzo Michelozzi. At the beginning of the twentieth century, Galileo Chini adorned the windows of the rooms of the Restaurant, the small chapel of the Villa and some guest rooms.

The management of the farm with the Roti family continued until 1989 when the property was sold to Paolo Pasquali, who immediately began a major restructuring: in fact, thanks to careful restoration has preserved the original architectural elements, such as antique floors in terracotta, polychrome wood ceilings, the farm has been transformed in the first Olive Oil Resort in the world, equipped with modern comfort.

The passion of the new owners for the olive oil is in fact an integral part of the Villa, with annual production of extra-virgin olive oil and olive oil tasting classes that here are conducted regularly.

In addition, olive oil has become the main element in the kitchen of the Restaurant L’Olivaia, offering Tuscan specialties, thanks to the OliveToLive machine designed for the perfect preservation of the oil.

From Farm to Olive Oil Resort, the story of Villa Campestri in the last 150 years follows that of our country, while maintaining respect for tradition and quality of the olive oil production.