Meat and cheese at the “Fattoria Il Palagiaccio” in Mugello 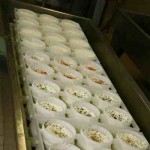 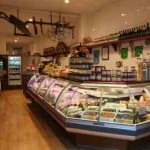 An ancient farm of more than a thousand years of history that has made the quality of its products the flag of its modernity, and where you can find the fresher real meat and cheeses in Mugello: the “Fattoria il Palagiaccio” in Scarperia, Mugello is considered an heritage of the historical and gastronomic tradition. Located a few kilometers from Villa Campestri Olive Oil Resort, the farm boasts a glorious past: built in the High Middle Ages, in the thirteenth century, for the will of the noble family Ubaldini that ruled much of the Apennines, then passed to the Medici, who maintained the structure of a fortified place so to be used as the headquarters of the German forces and then the Allies during the Second World War.

The Palagiaccio today has become a reference point for agriculture and the breeding of quality in the Province of Florence: here it is cultivated corn, straw, hay, seed, barley and honey, while the animals are reared outdoors, following principles of environmental sustainability.

The farm grows cereals and the forages for cows, rejecting genetically modified products; cattle can graze free for the hills.

From this method of farming arise production of excellence such as High Quality Milk, fresh cheeses and meet of cattle.

The Farm is open to the public and you can buy their products here: thanks to a tasting room you can also make appointments to taste over 30 types of cheese, accompanied by excellent wines.

The Palagiaccio, also has 4 shops in Florence. In the future an e-commerce service will be activated.