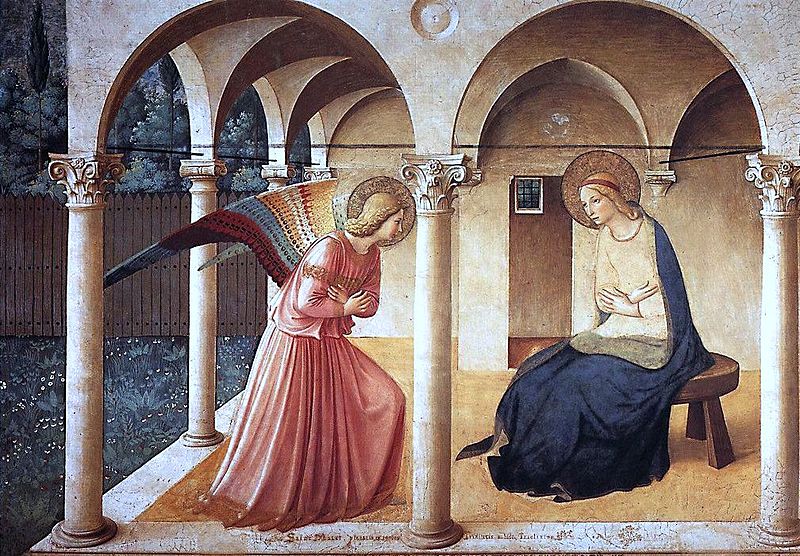 The Renaissance was a great artistic, literary, scientific and philosophical season inaugurated at the beginning of the fifteenth century and lasted about two hundred years. The term is of nineteenth-century origin but refers to the concept, already expressed by the sixteenth-century scholar Giorgio Vasari, of “rebirth of the arts”, re-flowering after the alleged cultural decadence of the Middle Ages.

For the development of the decisive Renaissance was the study of classical art, many Florentine artists, in fact, went to Rome to study the ancient statues and monuments, reinterpreting them with a new spirit.

The rules of classical art, such as the search for harmony, balance, simplicity and beauty, were taken by the artists of the time, as they were considered suitable for expressing the modern Renaissance contents linked to man and reality.

The great Renaissance artists in Florence

In the fifteenth century, at the height of the Renaissance, Florence reached its maximum moment, thanks to the concentration of extraordinary and brilliant personalities.

Among the great Renaissance artists who lived in Florence who made the Renaissance season possible, it is important to remember Filippo Brunelleschi and Leon Battista Alberti in architecture and Fra Angelico in painting.

Filippo Brunelleschi (1377-1446) has always been considered the “father of the Renaissance“.

He began his career as a sculptor, participating in the 1401 competition for the second door of the Baptistery of Florence: an event that marked the beginning of the Renaissance adventure. Later he decided to move to Rome to study ancient architecture.

Brunelleschi definitively left Rome by 1418, to return to Florence. In fact, in his city, the competition for the dome of the Duomo was announced, to which Filippo participated winning it.

The dome is still today considered its absolute masterpiece, so much to be remembered by everyone as the Brunelleschi’s Dome.

Leon Battista Alberti (1404-1472) was one of the most important figures of Renaissance intellectual architect.

He was a man of boundless culture, capable of passing, without apparent effort, from literary studies to philosophical or philological and artistic studies.

Alberti was therefore a great artist but first of all a great theorist, able to guide the evolution of classicism from the beginning of the fifteenth century up to our days. To him we owe very important texts on art and architecture.

Beato Angelico (1400-1455), a Florentine painter, was first and foremost a monk. His name was Guido di Pietro, who entered the Dominican order after 1418 and chose to be called Fra ‘Giovanni. But today it is known, in fact, as Beato Angelico.

Fra Angelico used painting to tell, through images, the experience of his intimate relationship with Christ. The best works of Beato Angelico were made, between 1438 and 1447, in the Convent of San Marco in Florence.

The painter Beato Angelico was born in the village of Vicchio,, where we are waiting you for an incredible tour to discover the great Renaissance artists who lived in Florence!

History of Renaissance artists in Florence

Florence and its province have given the art world more in a few years than entire nations have been able to offer in millennia.

Both in the Middle Ages and during the Renaissance, this area seemed to be churning out sublime talent in every field.

In this patch of land, according to some studies, ideal conditions had been created for the development of art.

Let’s try to better understand the dynamics that were grafted in that precise moment and to deepen the work of three absolute geniuses who moved in that Renaissance Florence.

The system of shops in Florence during the Renaissance

One of the strengths that Florence focused on for the creation of high-level artists were the workshops of art masters who hired young people to work to develop their talent.

The workshop of Filippo Lippi, for example, in 1460 takes a boy named Sandro Botticelli to work. But in the nearby workshop of Andrea Verrocchio as apprentices there are Leonardo da Vinci, Pietro il Perugino and Domenico il Ghirlandaio.

In 1467 Botticelli decides to move to Verrocchio’s workshop, while Ghirlandaio, when a few years later opens his own personal workshop, will take on a thirteen-year-old boy named Michelangelo Buonarroti as an apprentice.

Pietro il Perugino, in the early seventies of the fifteenth century, also opened a workshop in Florence and among his pupils we find a certain Raffaello Sanzio.

Filippo Lippi, Sandro Botticelli, Leonardo da Vinci, Domenico il Ghirlandaio, Verrocchio, Perugino, Michelangelo Buonarroti, Raphael… these artists would be enough to ennoble an entire continent for several centuries, instead they were all part of the Florentine workshop system in the same arch of weather.

Here is the uniqueness of Florence. A real ideal environment for the development of all the arts which in a very short time has turned into a universal reference point of splendor.

As we have already mentioned Botticelli, one of the highest peaks in painting and a symbol of the Renaissance itself, was formed by the great Filippo Lippi and Verrocchio who helped him develop his immense talent.

In his career Botticelli has created many absolute masterpieces among which are particularly remembered “The Spring” and “The Birth of Venus” both preserved in the Uffizi.

The genius par excellence. Leonardo does not need any introduction: he is in fact considered one of the most brilliant minds of all time.

His works are kept in the most important museums in the world: every little sketch or note of his is considered priceless.

His most iconic work is undoubtedly “La Gioconda” preserved in the Louvre museum.

Michelangelo is simply one of the highest peaks ever reached by the creative genius. He is also versatile: architect, sculptor, painter, poet…

His most iconic work in sculpture is probably “The David” exhibited in the Galleria dell’Accademia in Florence, as far as painting is concerned, the frescoes in the Sistine Chapel in Rome are probably his most infamous works, as regards his career as an architect. his most famous work is the dome of San Pietro.

Discover the Renaissance Artists in Florence

If you too are passionate about the most beautiful art ever produced, then we are waiting for you at Villa Campestri Olive Oil Resort for a relaxing stay and to discover the Renaissance artists of Florence.

Pienza is rarely one of the most common tourist destinations for those visiting Tuscany. Facing Florence, Pisa or Siena, who would get lost in the countryside of the Val d’Orcia to go and discover a provincial town? Yet there will be a reason if the entire municipality became a UNESCO World Heritage Site in 1996! […]

Tuscan breadhas always been a kind of trademark: it would be enough to taste a piece of it to understand that we have arrived in Tuscany. In fact, the history of the silly bread, that is, without salt, dates back to the mists of time: already in documents of the Roman era, among which the […]

Vicchio di Mugello: History and What to See

Mugello is a valley north of Florence particularly loved for its breathtaking landscapes. By now the name Mugello is inextricably linked to the circuit where the Moto GPs run, but in this area there is much more to visit. Vicchio, for example, is a town in the Mugello, completely immersed in the Tuscan countryside, and […]

Sanctuaries in Tuscany: Let’s discover them together

The stressful life of recent years has brought all of us to rediscover the spiritual world, harmony with creation and everything that leads us back to a healthier life, in the broadest sense of the term. There are many people who love to dedicate themselves to real pilgrimages trying to combine spiritual life, history and […]

Where can I eat a real Florentine steak with excellent quality / price ratio?

The “Bistecca alla Fiorentina” is a classic of Tuscan cuisine, known all over the world.Discover with us what are the ideal cooking times and where to eat a real Florentine steak!

5 Ideas for a country wedding

Organizing a wedding can turn out to be the best or worst part of this whole magical period; sometimes even when you hire a wedding planner things are not easy, let alone when you do it yourself! It is useless to hide it, especially for women, in most cases you have very well in mind […]

Ancient Tuscan Mills: Where They Are and What to See

The mills are constructions that always manage to fascinate the collective imagination. These structures in fact immediately bring back to fantastic scenarios that lodge in the mind of each of us. Windmills, pushed by animals or water, the charm does not change. They were built to grind flour, cereals and malt thanks to their grindstone, […]