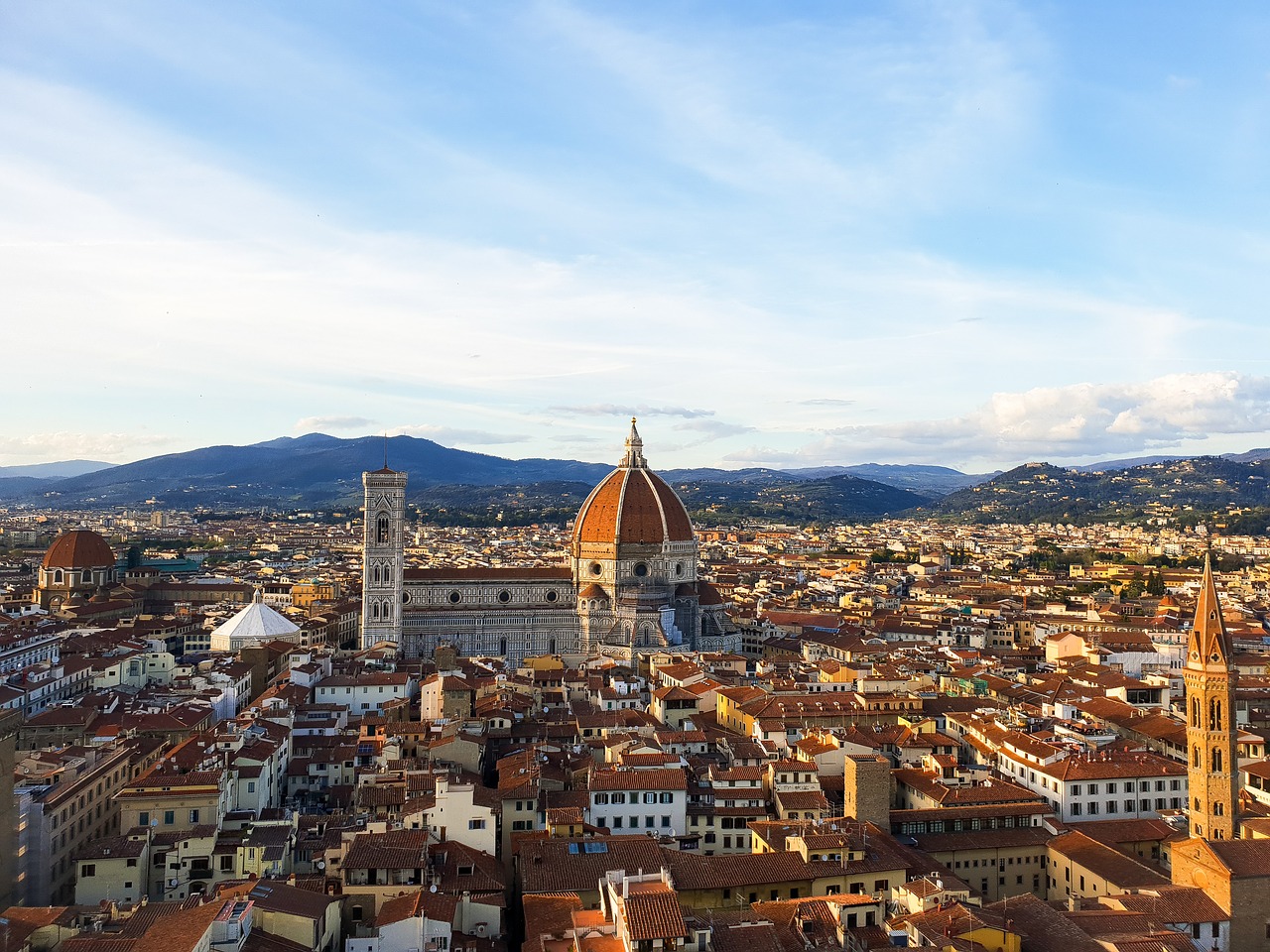 At the beginning of the 15th century Florence became the most powerful city in Tuscany and one of the richest and most important in Europe. It was then that in all the arts, including architecture, the unmistakable Renaissance style was born.

The architecture of the Renaissance originated at the beginning of the fifteenth century in Florence, mainly thanks to the work of some artists and intellectuals such as Filippo Brunelleschi and Leon Battista Alberti.

Among the political and cultural factors that influenced this new direction of the arts there were the affirmation of the lordships and the development of Humanism, with the consequent antiquarian and philological taste, which in architecture translates into the study of the beautiful forms of ancient buildings, that is, Romans.

Although the movement is temporally well defined, inside it is possible to identify different stylistic moments, which critics identify in the “early Renaissance”, belonging to the fifteenth century, in the “Classical Renaissance” and in Mannerism, the latter both coinciding with the sixteenth century.

The protagonists of Renaissance architecture

Filippo Brunelleschi (1377-1446) is considered the “father of the Renaissance“. Brunelleschi began his career as a sculptor and in fact participated in the 1401 competition for the second door of the Baptistery of Florence: an event that marked the beginning of the Renaissance adventure. Later he decided to move to Rome to study ancient architecture with the aim of discovering the secrets of classical art.

In 1420, Giovanni dei Medici commissioned Brunelleschi to design a funeral chapel for his family, in the early Christian Basilica of San Lorenzo.

With the Portico degli Innocenti and the Old Sacristy, Brunelleschi made one of the greatest revolutions in Western cultural history. Moreover, he was the first to create a new professional figure as an architect: no longer a consultant specialized among many artisans, but a true intellectual professional responsible for the entire executive process, which included the realization of details.

Leon Battista Alberti (1404-1472) was one of the most important intellectual architect of the Renaissance. He was a man of boundless culture, capable of passing, without apparent effort, from literary studies to philosophical or philological and artistic studies.

He had the great merit of developing a solid theory of the new art and of the new Renaissance architecture, supporting the practice of colleagues, often conducted through attempts and experimentations, with rules derived from his studies of ancient texts.

Alberti was therefore a great artist but first of all a great theoretician, to him we owe three very important texts on art and architecture:

Florence is the cradle of the Renaissance, an unmissable visit and a living testimony of the unmistakable Renaissance style in architecture, sculpture and painting. Its museums and palaces offer the chance to admire the wonders of Renaissance artists.

To admire the Renaissance architecture and culture in full relax, we are waiting for you at Villa Campestri Olive Oil Resort, a magnificent villa surrounded by greenery just 35 km from Florence.

Cycling brings many benefits, especially if you do it in Mugello

Scientific studies have shown that cycling brings multiple kinds of benefits to people’s health from physical to mental improvements. Cycling in a stimulating environment, full of culture and breathtaking landscapes, makes this experience even more satisfying. This is why cycling in Mugello is truly an experience not to be missed!

Wisteria is such a fascinating plant that it is also popular on social networks, in April and May, excellence months excellence for flowering there are so many photos of wisteria that the hashtag: #wisteriamania becomes trendy on Instagram. In Tuscany there are wonderful flowering wisteria that look like timeless postcards!

Was ice cream born in Florence?

Ice cream, especially when summer arrives, is a favorite snack for children and adults. Going out to eat an ice cream can tempt even the most suffering in the heat. In Florence it is said that ice cream was born here, will it be true? Let’s find out together!

Via degli Dei and Mugello

All Europe is dotted with ancient streets that can still be walked on and which lately are attracting more and more tourists. Suffice it to say that over the years the Camino de Santiago de Compostela has become so well known that various films have even been made there. In Italy there is a less […]

Spring is par excellence a mid-season where rainy days and sunny days alternate, perfect for catching a cold and never knowing how to dress to be elegant but practical. There is a cloth produced in Tuscany, to be precise in Casentino, which solves every problem: the Casetino cloth!