Where can I eat a real Florentine steak with excellent quality / price ratio? 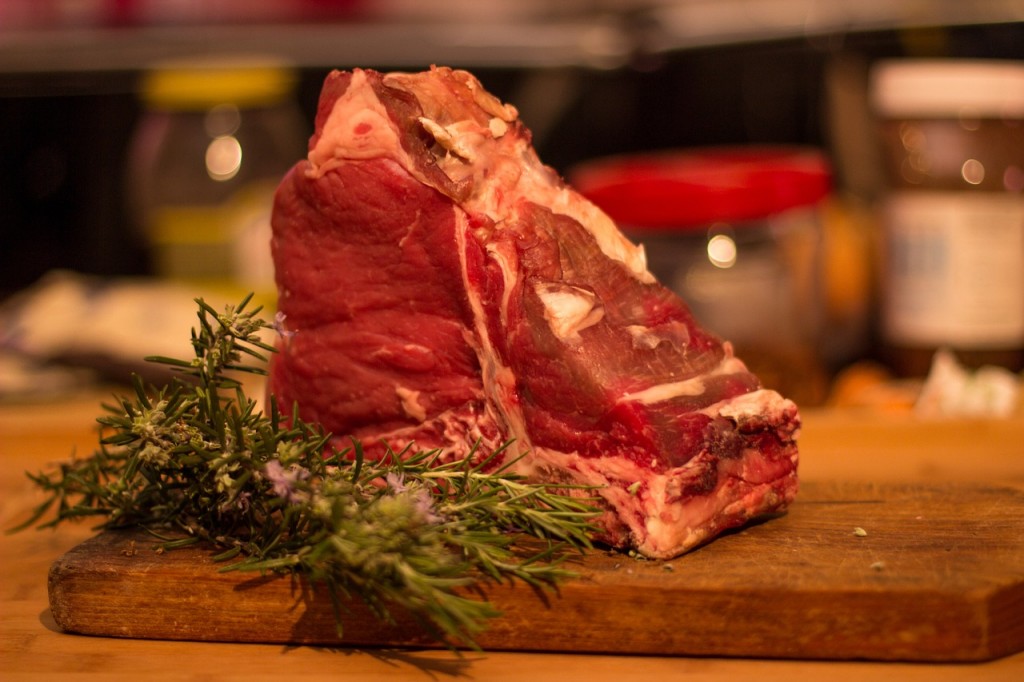 The “Bistecca alla Fiorentina” is a classic of Tuscan cuisine, known all over the world.
Discover with us what are the ideal cooking times and where to eat a real Florentine steak!

The real Florentine steak must be in the beef tenderloin, sirloin and must have the classic bone in the middle of a T shape. In Tuscany only the fine meat of Chianina breed beef is used.

Its height must be at least two fingers and the weight must reach at least 600-800 grams per serving.

La Chianina is particularly suitable for this cut, for its “marezzatura” (the distribution of fat in muscle mass of meat), and is therefore excellent for cooking a Florentine steak.

To get a perfect Florentine Steak cooking there are a series of precautions to follow.

Cooking Florentine steak is not trivial. The good quality meat and cut chosen is expensive and it would be a pity to spoil it with a wrong cooking.

Here is the cooking time of the real Fiorentina steak:

The temperature for a “blood” cooking is about 50-55 ° c. The cut meat is bright red and very soft. At 60 ° c the meat becomes pink, does not lose blood and is still quite soft. It is important not to rise above 65-70 ° c because the meat begins to become stringy and almost not eatable.

Another important thing is to “scald” the meat at the beginning of cooking. Exposing the steak to a strong heat briefly it has its burnishing and the formation of the superficial crust.

Where to eat the real Florentine Steak?

The true Florentine steak can be tasted all over Tuscany: from restaurants in the center of Florence, to the resorts in the Mugello immersed in the green, up to one of the many festivals.

Among the festivals of the Bistecca Fiorentina certainly worth mentioning is that of Sestino, a small town in the province of Arezzo, in the Tuscan Valtiberina.

Given the value and the high quality of the meat of the farms in the area, Sestino wanted to let the public taste the goodness of the mountain Chianina steaks and enhance the local breedings. Since 1995, in the last weekend of June, the Chianina steak festival has been organized. The center of the village is transformed into a large banquet with historical re-enactments in medieval clothes and the palio is held in the districts of the surrounding municipalities.

Eating Florentine Steak in Florence could be a risk if you do not know the restaurant you choose very well, which is why many choose to taste the precious dish in the surrounding countryside, such as in Mugello, a land rich in pastures.

Where to eat Chianina in Tuscany

Today we discover where to eat Chianina in Tuscany, which are the areas where it is possible to eat this excellent Florentine steak and what are its unique characteristics.

Chianina meat is a highly sought-after type of meat. Not only does it taste great, it is also very lean meat, where the fat filaments are found in the muscle only in the largest animal. A detail, however, that only enhances the flavor.

It is undoubtedly one of the most popular dishes of the region and is obtained from the Chianina veal.

It is typical to eat this meat rare, cooked on the grill or grilled. But where to eat Chianina in Tuscany?

Surely in the Val di Chiana, 1200 kilometers of plains where the bovine breed from which the meat is obtained is bred.

There are several taverns in this area, such as Acqua Cheta in Montepulciano or in the medieval village of Montisi in the characteristic “Da Roberto” tavern.

Otherwise, halfway between Florence and Bologna, you will find Barberino di Mugello, another perfect place where you can eat a very good Chianina meat, just as tradition dictates.

One of the typical restaurants of Tuscan gastronomy in this case is Cosimo de’Medici, who has become famous for the very high quality of his Florentine steak.

Eating Chianina in the Tuscan provinces

These are just some of the places in Tuscany.

Our advice is to make a value for money and obviously, evaluate where they cook it based on the area you intend to visit.

You can eat a good Florentine steak, for example, also in the cities of Pisa and Livorno, especially in the various villages located in the province.

Chianina meat is obtained from the bovine breed of the same name, which is native to the Val di Chiana. Also known as Valdichiana, it extends between Tuscany (Siena and Arezzo) and Umbria (Perugia and Terni).

There are also farms in Barberino del Mugello and in Sinalunga.

This bovine breed has been known to man for 2000 years, it was in fact exploited by both the Romans and the Etruscans as a driving force. Not only that, his particularly beautiful cloak was used to be given as a sacrifice to some deities.

Today obviously the Chianina breed is used only for the production of fine meat, which can be eaten in the best Tuscan restaurants.

What is the correct term? Let’s try to clarify an issue where the less expert in gastronomy often get stuck.

In fact, when we talk about Chianina we are referring to a particular type of meat, from which the Tuscan gastronomic dish known as “Florentine steak” is obtained.

This cut of meat, a gastronomic symbol of all of Tuscany, is obtained from the loin of this white-coated bovine.

But despite the steak being the host in terms of fame and popularity of Chianina, other cuts are also excellent, such as the now increasingly popular Chianina burgers.

If we have made your mouth water and you can no longer wait to taste the famous Chianina meat, we are waiting for you at Villa Campestri Olive Oil Resort where our cook will surprise you with unforgettable specialties.