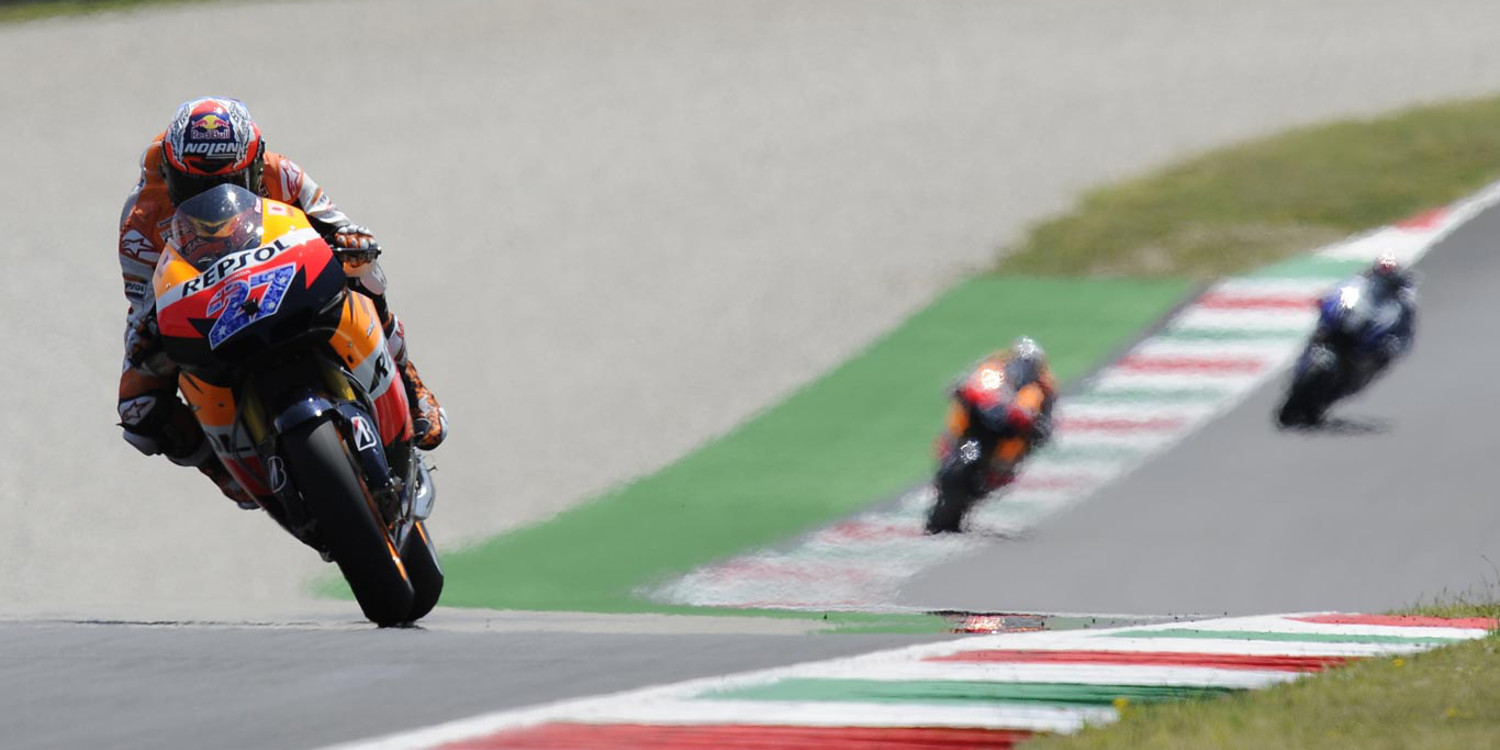 Mugello Circuit, the thrill of driving.

The history of the Mugello Circuit at Scarperia, which dates back to 1914, entered its first golden age in the 1920’s, when the leading motor sportsmen of the day challenged each other in official competition.

Originally conceived as a road circuit, the Mugello road race was interrupted at the outbreak of the World War I.

The challenging and selective competition knew its golden years in the postwar period, when the best drivers challenged one another on the 66 km. Dusty track, which went from Scarperia uphill to Firenzuola, and then through the Futa Pass downhill to San Piero and Scarperia. The legendary names linked to this historical race still echo today: Campari, Brilli Peri, Enzo Ferrari (who won in 1921 on an Alfa Romeo class 4.500), Ascari, Borzacchini and perhaps, most importantly, Emilio Materassi, the local idol.

Today the International Mugello Circuit attracts attention not only because of the Italian Grand Prix class 125 cc, 250 cc, MotoGP (competing respectively on 20, 21 and 23 laps), but thanks also to the fact that the track is open to the public, giving those who wish to experience the thrill of driving on a major international autodrome the chance to do so.

The allure of the Mugello district is not limited to its splendid natural setting and rich history of folklore!  Today the area is known, first and foremost, for one of the chief attractions in the eyes of car and motorcycle racing aficionados: the Mugello International Racing Circuit hosts over the first weekend in June the most important motorcycle racing event in Italy: the Italian Grand Prix, a must-see event for motor racing enthusiasts. But the racetrack, owned by Ferrari, hosts from late March to early October several other motorcycling and car racing events, as well as F1 tests of the Ferrari and other racing teams, which may occasionally be open to spectators.