The discovery of the ancient water-mills in Mugello 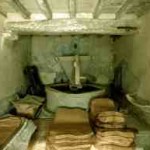 Among ancient villages, castles and breathtaking scenery, Mugello is a land that lives of history and loves to maintain their own traditions, beginning with those of the oldest professions: from the art of making knives in Scarperia to the production of bread in the ancient water-mills. Since the Middle Ages, the water mill has been a regular feature of the landscape in Mugello, thanks to the abundance of rivers and streams in this area: in the mills were ground mainly wheat, corn and chestnuts.The water mills were very small structures and worked with horizontal wheels, powered by water that was crammed into a sort of reservoir. The purpose of this type of work was marked, in 800, since the advent of electricity.

Some of the ancient water mills have been renovated and it is possible to buy chestnut flour or wheat produced according to ancient techniques.

Among the oldest is the water mill of Marghera, in Borgo San Lorenzo, dating back to 845 AD is still active and sell products such as ground chestnut flour, corn and wheat. More recent but equally fascinating is the Mill Faini, 1588, where the owners have restored the original machinery and tools, including a hydraulic turbine, a mill, sieves, screens, scales that show how the flour was produced.

For more information on visits to water mills you can contact the staff of Villa Campestri Olive Oil Resort, we will be happy to book for you.