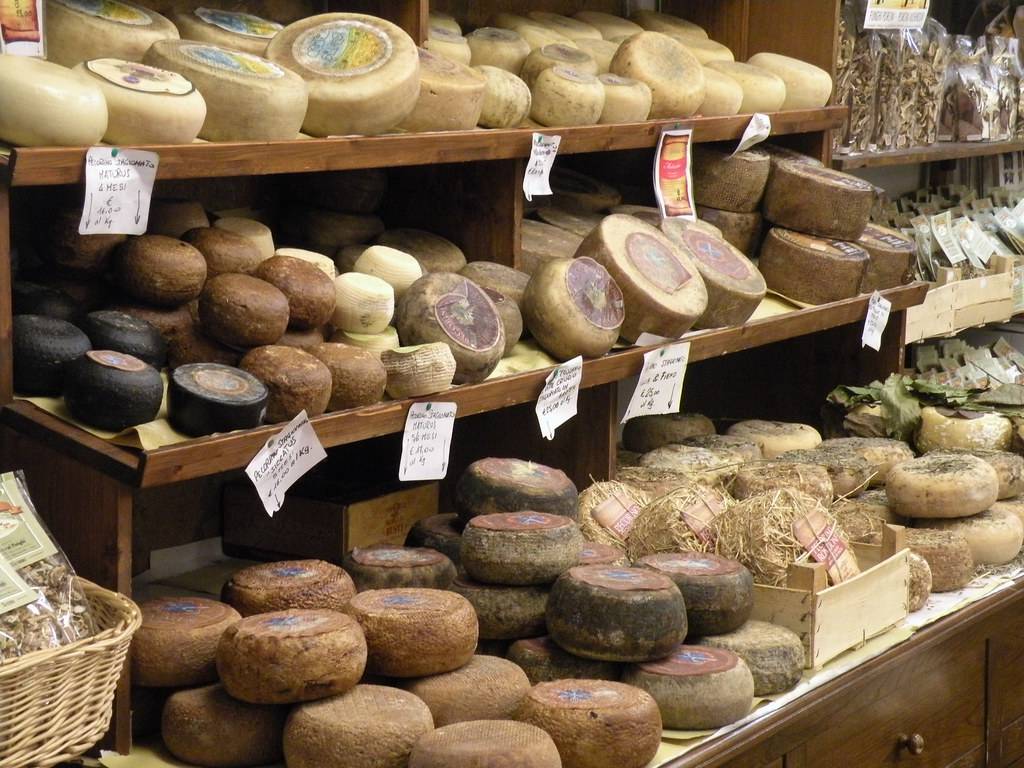 A journey into taste that starts from the famous Pecorino Toscano and reaches the goat cheese of Alto Mugello. Discover with us which are the best typical Tuscan cheeses!

Herding is an activity that has always been practiced in the Tuscan territory, just think of the Maremma pastures and the Apennine and Casentino transhumance.

The best Tuscan sheep milk comes from some production areas known for the quality of pastures such as the municipality of Pienza, the province of Siena, from which the respective pecorinos with guaranteed traceability derive and from the Val d’Orcia.

In Tuscany the other areas of excellence for milk collection are the province of Grosseto, the Pisan and Livornese Hills, the area along the Tyrrhenian coast from Vada to Suvereto and the area of the Migliarino – San Rossore – Massaciuccoli.

In most of the Tuscan dairies the selection of milk and the processing methods have remained unchanged for decades, as have the traditional productions with raw milk, dry salting, crust treatment with natural products such as extra virgin olive oil and seasoning on fir wood boards.

In all of Tuscany delicious cheeses are produced with unique characteristics.

For example, in Maremma and in Upper Mugello, delicious fresh or aged goats cheeses are produced, while in Lunigiana and Pistoiese caciottas are produced, both with cow’s and sheep’s milk.

Here is a list of the best typical Tuscan cheeses:

Pecorino Toscano is certainly the most famous of the cheeses produced in our beautiful region.

In order to be called “Pecorino Toscano” the cheese must have specific characteristics.

It is a soft or semi-hard cheese made exclusively with whole sheep’s milk. The maturation period is at least twenty days for soft cheese and should be no less than four months for semi-hard cheese. It is used as a table cheese or grated cheese.

The basic feeding of sheeps must consist predominantly of green or hay fodder derived from the natural pastures of the area with possible additions of hay and simple concentrated feed.

Pecorino Toscano is a versatile cheese that can be enjoyed as a table cheese, fresh or aged, but also as an ingredient to enrich dishes and recipes.

Delicious with bread but also in refined combinations with jams, honey or fruit mustards. In Italian cuisine, Pecorino Toscano is often used as an appetizer accompanied by cold cuts or to flavor focaccia, savory pies, tortelli and meat rolls.

To taste the best cheeses of Tuscany we are waiting for you in the Mugello at Villa Campestri Olive Oil Resort!