The most beautiful villages near Florence 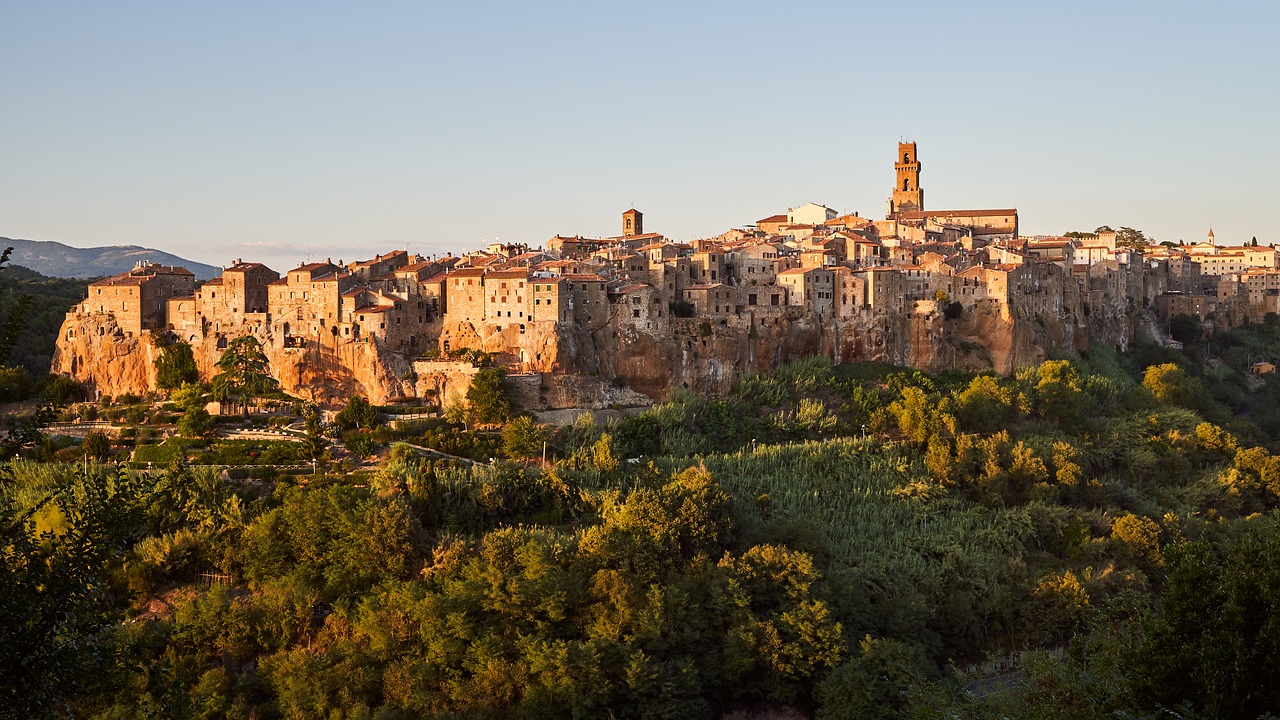 Towers, castles, villas and abbeys characterize the landscapes of the Tuscan towns. Come with us on a journey to discover the most beautiful villages near Florence!

The birth of the villages in Tuscany

Tuscany is one of the Italian regions with the highest concentration of villages.

This phenomenon is closely linked to its history dating back to very distant times when the ancient Etruscans founded the towns of Populonia, Volterra, Chiusi, Sorano, Pitigliano and Saturnia.

Evidence of Etruscan grandeur and their urban planning abilities are still visible today, just think of the “Vie Cave” that connects Sorano, Sovana and Pitigliano.

Between 1150 and 1350 the erlier villages are transformed into the medieval villages, enriched with brick houses and palaces that replace the wooden houses with thatched roofs typical of the first villages. Castles and fortresses are built to protect the population and wealth.

Some of these beautiful villages, such as Greve in Chianti, are formed from the expansion of the square where the market took place. Traders and artisans then established their homes near the square.

Tuscany registers a large number of “certified” villages that have obtained a quality recognition and a “brand” that guarantees its excellence.

Some villages have received more than one recognition. For example both certifications “Most beautiful villages in Italy” and “Orange flags” were obtained from:

The most beautiful villages near Florence

Tuscany is a territory of excellence regarding medieval villages and landscapes.

Seeing them all would take a long time so the tourist visiting the “Cradle of the Renaissance” can certainly concentrate on the villages near the city and easily reachable for exciting trips outside the city.

But which are the most beautiful villages near Florence? Here is a possible list.

Scarperia
A beautiful village a few kilometers from Florence, between the rolling of hills and rows of cypresses, where the production of blades and “sharp tools” ensured fame to local artisans.

Certaldo
Certaldo is the birthplace of Giovanni Boccaccio. A real medieval jewel crossed by narrow streets and small squares dominated by the Palazzo Pretorio, right on the top of the hill.

Pienza
Pienza is located on a hill opposite the beautiful Val d’Orcia. It is a Renaissance city recognized since 1996 as a UNESCO World Heritage Site.

Pitigliano
The village of Pitigliano was all built in tuff and even today the spectacular inhabited area hides another underground city beneath it, made up of rocky oratories, tunnels and tunnels.

Vicchio
A village with an ancient history as evidenced by the Etruscan presence of the important excavations of Poggio Colla. Vicchio is also the birthplace of the great painter Giotto and offers the opportunity to visit the “Casa di Giotto” Museum on the hill of Vespignano.

So, if you are planning a trip to discover the most beautiful villages near Florence then we are waiting for you at Villa Campestri Olive Oil Resort!

Italy is a nation rich in culture, history and traditions. Certain attractions arouse a fascination that literally leaves you speechless and their historical value testifies to the passage of populations who have glimpsed an infinite potential capable of enhancing any architectural initiative. The Villa Cafaggiolo – Medici Villa in Barberino di Mugello – is a […]

Firenzuola in Mugello: What to See in 1 Day

Some Italian towns have limitless wealth. From landscape views to places of interest, passing through the history and traditions of the place, these contexts intrigue the visitor on duty, making him feel at ease, as well as lucky to have such an experience. Firenzuola nel Mugello belongs to this category of places to discover; a […]

Passo della Futa: Where it is and What to See in the Surroundings

Some parts of Italyhave a unique history that makes them attractive tourist destinations for a variety of reasons. Places that are sometimes out of the way of conventional itineraries which, however, should not be underestimated in the least. Indeed, their exclusivity in this sense allows to know sites, attractions and historical implications that give further […]

Mugello, Discover the most beautiful places

If you want to spend a relaxing stay in a place that knows how to combine historical sites and scenic beauty, the range of options available to you is extremely wide. The merit of this consideration lies above all in the historical, architectural and naturalistic variety that characterizes Italy, a favorite destination for tourists from […]

The lakes for sport fishing in Mugello

There are some areas of the Italian territory where the practice of certain sporting activities reaches its maximum. Enthusiasts, beginners and professionals alike flock to these places. The lakes for sport fishing in Mugello represent a safe landing place for lovers of the genre. The variety of species is remarkable and this leads to intense […]

Giotto, the Tuscan painter who entered the myth

Among the artists who were born in Tuscany, there are many painters who have indelibly marked the history of art. This is due to the fact that not only have they revolutionized the way of representing reality, but also because they have been able to deeply influence artistic productions. This is true both for those […]

Like all regions of Italy, Tuscany too can boast a very rich offer of typical, delicious and tasty products, worthy of every fine palate. Furthermore, this territory is characterized by both wonderful landscapes and artistic and cultural heritages of inestimable value. So it is no wonder that Tuscany is the favorite holiday destination of many […]

Pecorino Toscano, a DOP cheese with an unmistakable flavor

Among the products that the rich gastronomic tradition of Tuscany can offer, there is undoubtedly the Tuscan pecorino DOP. It is a very tasty sheep’s cheese and therefore appreciated by “good forks”.