Where is located the Mugello? Curiosities about this area 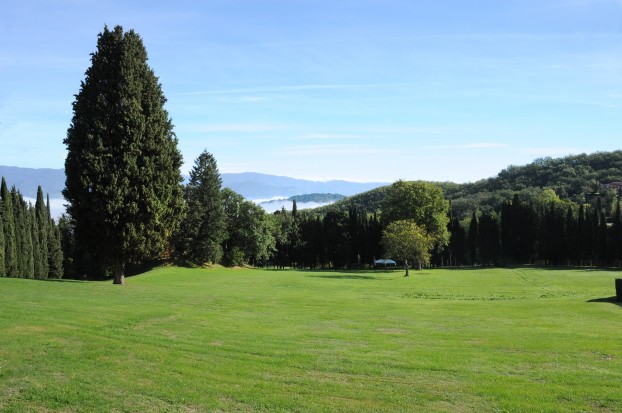 Mugello is a territory characterized by an extensive basin with a narrow flat strip along the Sieve, a vast central area of hills and a large mountainous area. But where exactly is located the Mugello?

The origin of the name “Mugello” and other curiosities

In protohistoric times the Tuscan territory of the Val di Sieve is occupied by the Ligurian Magelli. The Magelli Ligurians populated the territory until its conquest by the Etruscan populations, which allowed the defeated who did not want to retreat to the Apennines to continue to inhabit the area.

Tradition has it that the name “Mugello” derives from the Ligurian tribe of Magelli, the first to inhabit this beautiful Tuscan land.

Then the Etruscans followed the Ligurians Magelli, who began to plan a more articulated road network, foreseeing the passage, through this Apennine region, of the important and strategic road linking the Etruscan centers of Fiesole and Felsina (Bologna).

The Sieve valley, with its Romagnese appendix to the north of the mountain passes between Monte Citerna and Muraglione, has constituted for about two and a half millennia a “corridor” of significant strategic importance thanks to the many passes for crossing the Apennines. This ancient function was valued by the Lorraines with the opening of various paths and roads.

Where is located the Mugello?

Mugello is a beautiful area of Tuscany where history, art and nature come together.

Always hospitable land and characterized by a great gastronomic heritage, just think of the many typical culinary specialties such as the famous “potato tortelli”.

The Mugello territory extends a few kilometers from Florence and brings together two geographical areas: the Mugello proper and the Upper Mugello or Tuscan Romagna.

In the Mugello we find the villages of San Piero a Sieve, Barberino di Mugello, Scarperia, Borgo San Lorenzo, Vicchio and Dicomano.

To the north, between the Mugello ridges and the passes that descend towards Bologna and Romagna, we find Alto Mugello with Firenzuola, Palazzuolo sul Senio and Marradi.

Flora and fauna of the Mugello

The Agricultural Forestry Heritage of the Tuscany Region covers a total area of over 110,000 hectares.

Many of these forests have an ancient history, just think of the monastic communities established on the mountains of Vallombrosa, Camaldoli, La Verna and Moscheta in the Mugello.

The fauna of Mugello is particularly rich in species and presence. Very numerous, for example, is the presence of deer and roe deer. The presence of the wolf is of considerable importance. The presence is discreet of wild boars, hares, foxes, polecats, martens, badgers, squirrels, dormice, hedgehogs.

As for the flora of the Mugello, the predominant plant species are mixed broad-leaved (oak, hornbeam, downy, chestnut) and in the most favorable areas there are some formations of fruit chestnut. The symbol of this luxuriant flora is the famous “Marrone del Mugello” which has obtained the IGP certification (Protected Geographical Indication).

Now that you know where the Mugello is located, we are waiting for you at Villa Campestri Olive Oil Resort to taste the delicious “Marrone del Mugello” and many other specialties!

The most common Florentine idioms

Walking through the streets of Florenceyou can hear many vernacular expressions typical of the Tuscan capital. Between history and legends, let’s discover together not only what are the most common idioms, but also where they originated from.

Often in Tuscan restaurants and osterie the waiter advises you to take a platter of Tuscan cheeses and salami as an appetizer. The advice is always welcome also because some of these delicious sausages are unmissable and not easy to find in other regions! Let’s discover together three of the best Tuscan sausages!

The 4 most beautiful squares in Florence

Visiting Florence and selecting a few things to see because maybe you have little time and want to go back to relax in the Tuscan hills is not easy, so we recommend the four most beautiful squares in Florence!

Pinocchio is one of the most read books in the world, let’s discover together some curiosities and where it is possible to still live, in Tuscany, the magic of the most adventurous puppet in history!

5 tips for a perfect picnic in Tuscany

Spring season invites you to spend as much time as possible outdoors, especially if you are in the beautiful Tuscan countryside. To organize a picnic, and then take full advantage of an out-door trip, you need some small tricks, and we will share 5 main tips to follow!

Ricciarelli, the Sienese dessert par excellence without gluten and without milk!

When one thinks of the delicious traditional Tuscan cuisine, one does not imagine that there are even gluten-free and milk-free recipes. Today intolerances are more and more widespread and consequently the market creates food specifically deprived of gluten and milk but there are some desserts that are already traditionally so like the Sienese ricciarelli!

A short guide to the most beautiful walls in Tuscany

Tuscany, like all of Italy, until Unity was divided into several kingdoms, each independent of the other and each ready to defend itself. In memory of the times of division and long struggles, there are still wonderful villages and fortified cities scattered throughout Tuscany.