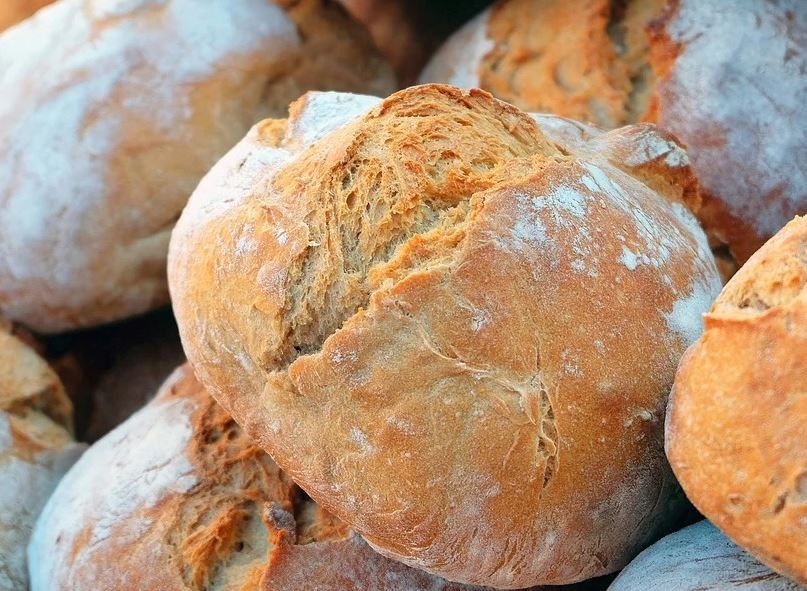 Bread throughout Italy is a fundamental food, always present on the table at lunch and dinner.

But each region has its own specialties, discover with us the characteristics of Tuscan bread and why it is without salt.

The tradition of bread in Italy

The various types and shapes of bread convey cultural messages and meanings through their shapes, which can be various: geometric, vegetal, floral, anthropomorphic.

In Italy each region has its own specific tradition in the production of bread, which differs in type and ingredients.

When someone firsts sits down to a meal in Tuscany, they might spot a cheeky basket of bread hiding behind the oil, salt and vinegar at any Tuscan restaurant.

Crusty outside and soft interior, probably the most distinguishing characteristic is the fact that when you first bite on a piece of this Tuscan staple, you might be surprised to taste no salt. In fact, many are surprised that bread in Tuscany is bland, a typical feature of this region.

According to www.charmingitaly.com in Mugello (the tuscan area where Villa Campestri Olive Oil Resort is set) “the Neanderthals are said to be the first modern man to make flour”. Researchers from the Istituto Italiano di Preistoria e Protosoria, have found traces of flour in the region of Mugello that dates back to 30,000 years.

There are many stories about why the bread in Tuscany is without salt, but the most popular one is that salt was heavily taxed during the Middle Ages in Tuscany so Tuscans opted to go without in their daily bread. There are also rumors swirling about that Pisa placed an embargo on salt to the Tuscan city of florence.

Now, you might be wondering why Tuscan bread is still made without salt. Well the reason is, tuscan food tone has very rich sauces that pair well with a simple bread lacking salt. A salt less bread helps you focus on the flavors of the dish, including topped with extra-virgin olive oil.

One of our favorite snacks, and an Italian favorite is crusty tuscan bread toasted and rubbed with raw garlic, than sprinkled with our olive oil and a little salt. So, if you too want to taste all the taste of Tuscan cuisine we are waiting for you at Villa Campestri Olive Oil Resort!

Thanksgiving and all you need to know!

Thanksgiving is a popular North American holiday also it is increasing in Europe and in this article we will illustrate everything you need to know about Thanksgiving so as not to be caught unprepared.

5 places to Visit in Florence for Free

Florence, home of Renaissance art and an engaging tourist destination, has always made people talk about itself and its charm, becoming over time loved and appreciated as one of the most beautiful cities in the world. You pay for quality, we all know, but today we would like to give you some inspiration and advice […]

November is the traditional month of olive harvesting throughout Tuscany and at Villa Campestri we were looking forward to taking care of one of the most beautiful agricultural jobs of autumn. Come with us to discover the green gold Tuscany: the delicious extra virgin olive oil!

The 5 things to visit in Mugello and surroundings

Mugello enchanted valley that extends north and north-east of Florence, a mix of culture, art and vigorous nature. One of the most fascinating and unmissable lands inTuscany. To get to know it better we will reveal 5 things to visit in Mugello and its surroundings!

If you want to take a trip out of town in the Upper Mugello, we recommend a very special place: Palazzuolo sul Senio, a medieval village just 23 kilometers from Villa Campestri Olive Oil Resort!

“Marrone” from Mugello: such a tasty specialty!

October in Tuscanyis the time of the chestnut harvest: in Mugello in particular there is a type of chestnut different from the others, the Marrone. Discover its history and its properties!