The most beautiful Renaissance-style basilicas of Tuscany 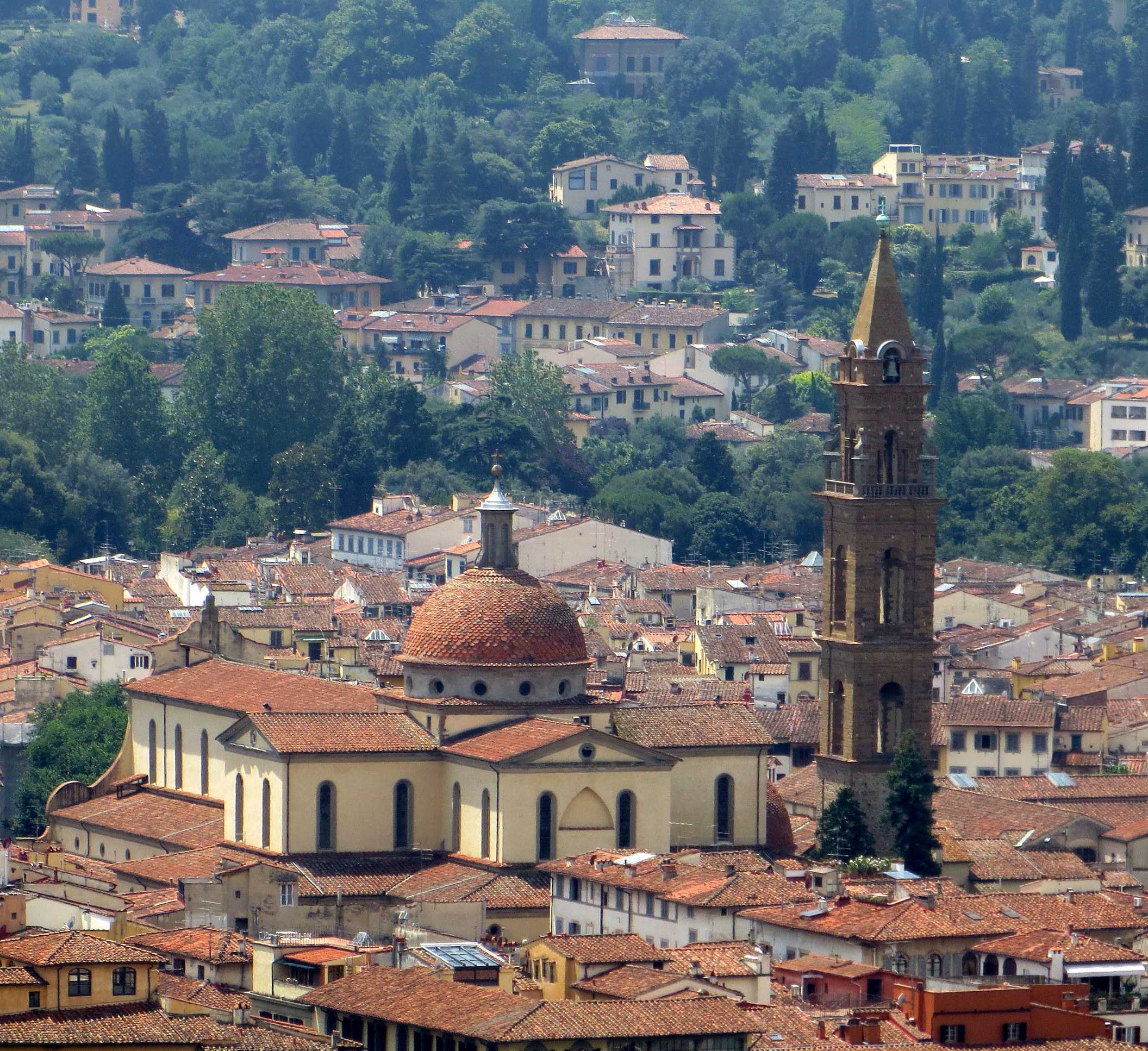 The great artistic season of the Renaissance has left indelible traces of its splendor in many fields, first of all painting, sculpture and architecture. Come with us to discover the most beautiful Renaissance style basilicas of Tuscany.

Florence and the Renaissance

In the fifteenth century Florence consolidated its economic power through a dynamism based on an innovative industrial, mercantile and banking production organization.

Thanks to this new drive, the city, which was still characterized by numerous tower-houses, literally changed its appearance.

The advent of the bourgeoisie led to the birth of new tastes that were realized in the construction of imposing mansions.

Florence was therefore the city of the turning point towards a new artistic language, defined by Filippo Brunelleschi in architecture, by Masaccio in painting and by Donatello in sculpture, thanks also to the patronage of families like the Medici.

It was precisely this intellectual and artistic process that gave life to the most beautiful Renaissance Basilicas of Tuscany.

Renaissance architecture is that phase of architecture that originated at the beginning of the fifteenth century in Florence, mainly thanks to the work of some artists and intellectuals such as Filippo Brunelleschi and Leon Battista Alberti.

The term Renaissance indicates the rediscovery of classical architecture, in particular of Roman architecture.

Starting from the fifteenth century we find a recovery of classical orders and harmonious proportions, as well as the search for orthogonal articulations and the use of simple geometric shapes in the definition of plants.

The most beautiful Basilicas with Renaissance architecture of Tuscany

The predilection for the elementary geometric forms and for the harmony between the parts led to the construction of numerous central-plan churches. Between 1420 and 1436, Filippo Brunelleschi raised the dome of the Florentine cathedral, the largest organism with a central plan from the Pantheon era.

Here is a short list of the most beautiful Renaissance Basilicas of Tuscany!

Started in 1444 by Brunelleschi, it was finished, in 1487, by Gaiole and Salvi d’Andrea that only partially followed the original designs of the master. The façade, however, was never finished and today is presented as a striking plastered wall. The interior of the church of Santo Spirito in Florence is characterized by 3 large naves and is one of the highest examples of Renaissance architecture.

The Basilica of San Lorenzo was rebuilt by Filippo Brunelleschi in 1419 on the remains of the oldest church in the city (consecrated in 393 AD). San Lorenzo is the church of the Medici family, who buried its most illustrious members here in the Medici Chapels.

This is only a short itinerary but the list of Renaissance Basilicas in Tuscany is definitely longer. To discover these architectural jewels we are waiting for you at Villa Campestri Olive Oil Resort!

Italy is a nation rich in culture, history and traditions. Certain attractions arouse a fascination that literally leaves you speechless and their historical value testifies to the passage of populations who have glimpsed an infinite potential capable of enhancing any architectural initiative. The Villa Cafaggiolo – Medici Villa in Barberino di Mugello – is a […]

Firenzuola in Mugello: What to See in 1 Day

Some Italian towns have limitless wealth. From landscape views to places of interest, passing through the history and traditions of the place, these contexts intrigue the visitor on duty, making him feel at ease, as well as lucky to have such an experience. Firenzuola nel Mugello belongs to this category of places to discover; a […]

Passo della Futa: Where it is and What to See in the Surroundings

Some parts of Italyhave a unique history that makes them attractive tourist destinations for a variety of reasons. Places that are sometimes out of the way of conventional itineraries which, however, should not be underestimated in the least. Indeed, their exclusivity in this sense allows to know sites, attractions and historical implications that give further […]

Mugello, Discover the most beautiful places

If you want to spend a relaxing stay in a place that knows how to combine historical sites and scenic beauty, the range of options available to you is extremely wide. The merit of this consideration lies above all in the historical, architectural and naturalistic variety that characterizes Italy, a favorite destination for tourists from […]

The lakes for sport fishing in Mugello

There are some areas of the Italian territory where the practice of certain sporting activities reaches its maximum. Enthusiasts, beginners and professionals alike flock to these places. The lakes for sport fishing in Mugello represent a safe landing place for lovers of the genre. The variety of species is remarkable and this leads to intense […]

Giotto, the Tuscan painter who entered the myth

Among the artists who were born in Tuscany, there are many painters who have indelibly marked the history of art. This is due to the fact that not only have they revolutionized the way of representing reality, but also because they have been able to deeply influence artistic productions. This is true both for those […]

Like all regions of Italy, Tuscany too can boast a very rich offer of typical, delicious and tasty products, worthy of every fine palate. Furthermore, this territory is characterized by both wonderful landscapes and artistic and cultural heritages of inestimable value. So it is no wonder that Tuscany is the favorite holiday destination of many […]

Pecorino Toscano, a DOP cheese with an unmistakable flavor

Among the products that the rich gastronomic tradition of Tuscany can offer, there is undoubtedly the Tuscan pecorino DOP. It is a very tasty sheep’s cheese and therefore appreciated by “good forks”.