Scarperia in Mugello: a Dream Village! 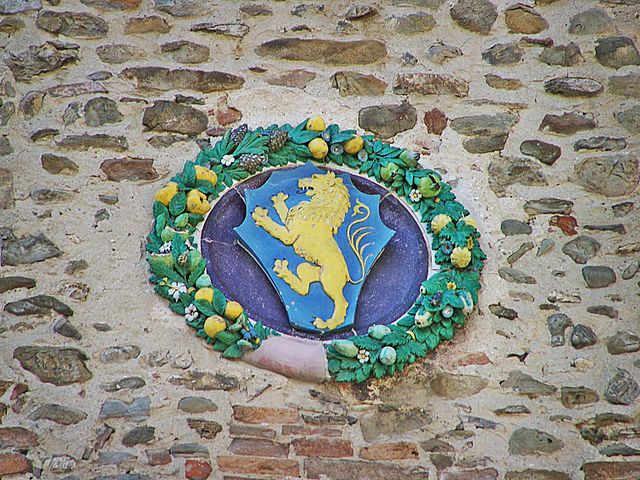 Mugello is a Tuscan land located in the Apennine watershed, just a few kilometers from the beautiful Florence.

It is a part of Tuscany rich in history and artistic treasures, dominated by intense nature and many beautiful villages.
One of these, Scarperia in Mugello!

The Medici family, originally from this land and enchanted by its beauty, right in Mugello built palaces, castles and monasteries.

Lorenzo the Magnificent often fleeing in Cafaggiolo to take refuge in the quiet of the fields. He felt the call of nature and the earth.

In an environment of such beauty and historical importance lies Scarperia, so unique Tuscan village and enjoyed by being inserted in the circuit of the villages most beautiful in Italy.

Who Visit Mugello can not make a stop in Scarperia in Mugello because it’s really a dream village. Given the short distance between Scarperia and Florence also all travelers staying in the city can organize a nice trip out of town to visit this fantastic Tuscan village.

Here’s how to get to the village of Scarperia

To reach Scarperia from Florence by public transport is very convenient and easy:

1. By train: starting from the Santa Maria Novello Station and choosing a train to Borgo San Lorenzo or San Piero a Sieve;

2. By Bus: using one of the daily services of the SITA company.

Holiday in Scarperia del Mugello between History and Nature

The things to do are really a lots.

The village is characterized by beautiful stone streets, narrow alleys and a wonderful square where stands the famous Palazzo dei Vicari.

Palazzo dei Vicari in Scarperia was built in the fourteenth century but expanded in 1415 when this small Tuscan village became the seat of the Vicariate of the Florentine Republic.

In a wing inside the Palazzo dei Vicari is located the Museum of Cutting tools, which from 1999 documents the secular activities of knife makers of Scarperia.

The guided tour of the Museum of Cutting tools concludes with a visit to the ancient workshop of knife maker, working from the start of ‘900 until the’ 70s, still full of tools and typical instruments.

The history is not the only marvel in Scarperia.

Just a little outside its walls it opens a green landscape full of colors, smells, unique plants and paths. Scarperia is indeed is the ideal destination for nature and trekking lovers.

A wonderful visit to Palazzo dei Vicari in Scarperia

Scarperia was founded by the Florentine Republic on 7 September 1306, with the original name of “Castel San Barnaba”.

The first inhabitants were certainly those who resided in the numerous villages and castles scattered in the area next to Scarperia and to facilitate the population was granted to all those who had built their houses in the village, a tax exemption for ten years.

After just over a century Scarperia became the seat of the Vicariate (1415) and assumed administrative functions, delegated by the Florentine Republic.

The famous Palazzo dei Vicari in Scarperia was born first as a fortress, then transformed into a residence of the Vicar, a sort of mayor who ruled the town.

The Palazzo dei Vicari in Scarperia is today the seat of the Municipal Administration, home to the library and a beautiful museum of cutting tools where ancient and modern knives are exhibited, which have made this small town famous over time.

The building has a rectangular body, a large internal courtyard and various representative rooms. On one corner there is a high signal tower with a clock whose original internal mechanism is attributed to the hand of Filippo Brunelleschi.

Today it is home to important cultural events, such as the exhibition the “Mugello cradle of the Renaissance”.

What to see in Scarperia

Mugello is a land rich in history and culture, which will not fail to surprise you. For lovers of history, the Palazzo dei Vicari in Scarperia is not the only place of interest to visit.

For example, perhaps not everyone knows that the most important examples of Romanesque marble decoration in Italy are in the Mugello area. Here are four tours that demonstrate this:

For almost five centuries the ancient cutler tradition dedicated to the production of cutting tools and cutlery both for war purposes (daggers, spears, and swords) as well as for domestic and labor purposes (forks, awls, pruning knives, shears, and sharpeners) has been handed down across generations.

Today in Scarperia there are only four active cutler organizations that continue to put out a rich production of knives of all types: from knives used in hunting to butcher’s knives, from a complete collection of kitchen cutlery to sets made with horn handles.

This time-honored tradition is documented in the Museo dei ferri Taglienti di Scarperia where the charming display divided into five thematic sections carries us along a fascinating journey into Scarperia’s cutlery history.

The museum guides the viewer through video, educative panels and displays, and a workbench where the visitor can test out their own knife-making skills. In an antique shop not far from the museum a reproduction of the work environment in which these cutlers used to toil has been reproduced complete with the traditionally typical tools and instruments.

The Renaissance Days of Scarperia in Mugello

Every year during the first weekend of September, Scarperia del Mugello rediscovered the ancient splendor of Renaissance thanks to populate the streets of peasants and artisans, armed guards ready to arrest the criminals and to escort the Vicar out of his palace.

During the “Renaissance Days” you can attend performances by artists such as musicians and storytellers, jugglers and flag bearers.

A real blast from the past.

Diotto: the Celebration of the founding of Scarperia

The Renaissance days are the prelude to Diotto, one of the most important festival of the City of Scarperia, in Mugello.

Diotto (Day-Eight) is celebrated on 8th September and remember precisely what happened on the same day in 1306 when the Republic of Florence founded Scarperia, naming Castel San Barnaba, and settling the figure of the Vicar, who held the administrative powers.

Each year, the evening of September 8th to 21st, the doors of the Praetorian Palace in Scarperia open to let out the parade: the head is the figure of the Vicar, followed by notaries, ladies, knights, musicians and flag-wavers.

The march arrives to the Vicar Palace where the Vicar plays the most important moment of the festival, the Palio of Diotto.

The Vicar starts the races: the 4 finalists will compete in the districts of knife throwing, “tiro alla fune”, “Palo della Cuccagna”, “corsa sui mattoni” e “corsa sulle bigonce”, very ancient plays. The district winner wins the Palio, which changes every year. To stagger the games is the spectacle of musicians and flag bearers, in the swirl of color and music that brings back to the world of the Middle Ages.

If you want to relive the atmosphere of the Middle Ages in Tuscany, Diotto is not to be missed.

To discover Scarperia and all its wonders, we are waiting for you at Villa Campestri Olive Oil Resort!