Perseus with the head of Medusa: Benvenuto Cellini in Vicchio 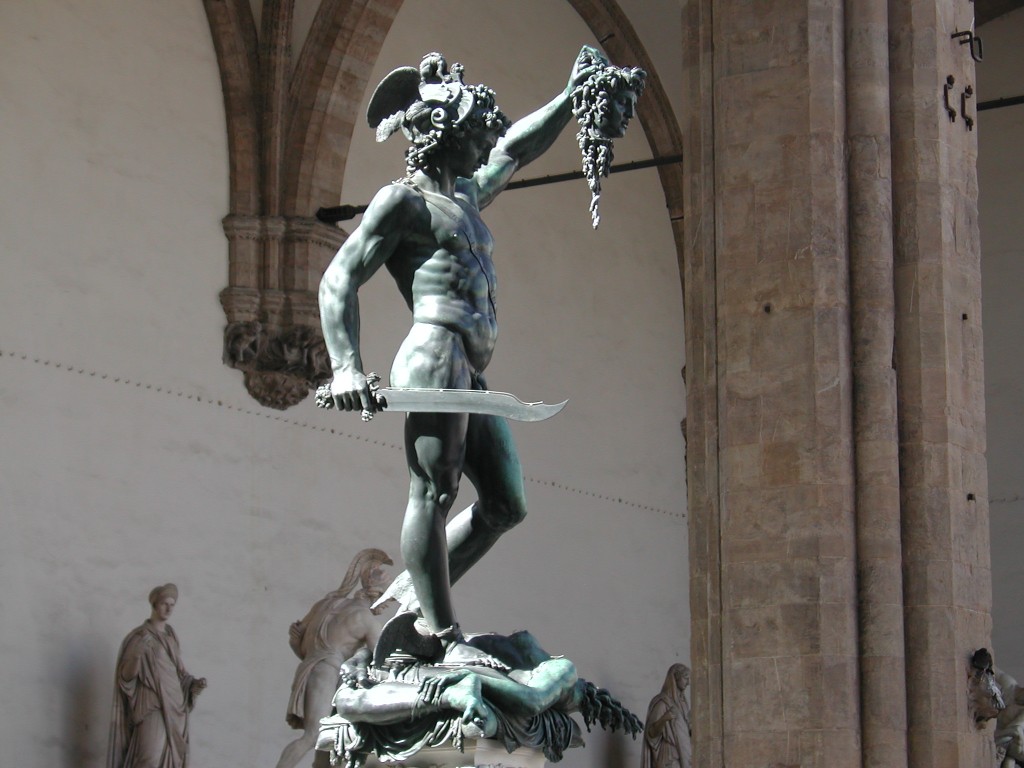 The history of Vicchio is rich of important cultural events and it crosses the artistic path of many artists, including Benvenuto Cellini.

Just in Vicchio Cellini stayed occasionally between 1559 and 1571.

Vicchio is the birthplace of Giotto and Beato Angelico, it has a very ancient origin dating back to the Etruscan period.

The origin of Vicchio dates back to 1295 when the bridge of Montesassi (today’s Ponte a Vicchio) was built and the people of San Giusto in Montesassi crossed the Sieve river to build a first urban nucleus called Vico, from which the name Vicchio was derived.

With the construction of the walls (1324), which enclosed a much larger area than the ancient Vico, the village became definitely part of the Florentine countryside.

From 1954 to 1967, the year of his death at the Barbiana Church, Don Lorenzo Milani was a pastor and founded his own school.

Near the Oratory of Mercy where the “Dead Jesus” is located, is the house where Benvenuto Cellini lived.

The house inhabited by Benvenuto Cellini is located inside the wall erected by the Florentines in 1324 to encircle Castrum Vichii.

The presence of Benvenuto Cellini in Vicchio is still remembered today.

In the house where Cellini lived, the Association Casa Benvenuto Cellini is active, opening the doors of the artist’s historic home to contemporary art exhibitions and homage to the great master.

The presence of Cellini in Vicchio is witnessed in the famous “Vita di Benvenuto di Maestro Giovanni Cellini fiorentino”, written by the artist himself in Florence in 1565.

The Perseus of Cellini

The bronze statue was placed in the Loggia dei Lanzi in Piazza della Signoria on April 27, 1554.

It had been Cosimo I to ask the Cellini a statue depicting the Greek hero.
In the Bargello National Museum there is a wax model of the Perseus of Cellini.
The artist also produced partial melting tests, today at Victoria and Albert Museum in London, where is also hosted a bronze head of Medusa.

In Perseus of Cellini the grandeur of sculpture on an urban scale joins the work of chisel, evident in the care of the details of the shoes, the helm and the elbow of the sword.

In 1545 he started the natural-size plaster model, but first Medusa’s body was merged only three years later.

In December 1549, the fusion of the main statue was successfully completed and in the following three years Cellini’s masterpiece was completed.

Vicchio thus confirms itself as a pearl in Mugello, rich in history, art and culture. A small town just a few miles from Florence that we invite you to visit during a tour in Mugello.

In Mugello, where Villa Campestri rises, the great Renaissance masters were born and from here came the most powerful Florentine family, the Medici. So, what are you waiting for? We are waiting for you in Mugello!