What to see and where to dine in Borgo San Lorenzo 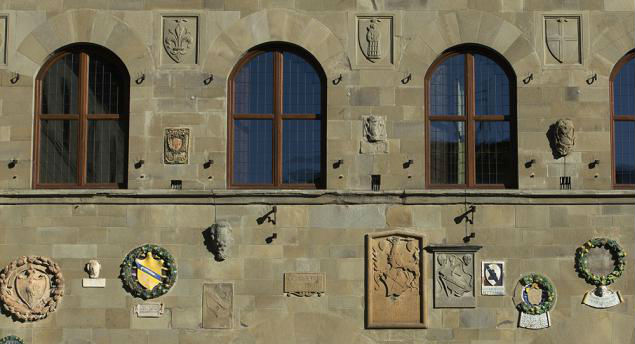 Among the rolling hills of Mugello stands Borgo San Lorenzo, amazing land rich in history, art, culture and good food. If you are planning a visit, here are some ideas on what to see and where to dine in Borgo San Lorenzo!

In Tuscany, just a few kilometers from Florence, the territory of Mugello extends between hills and cypresses. In this land you can enjoy beautiful landscapes, friendly and hospitable people, genuine food, visit the Medici sites, museums and discover the trades of tradition. Everything at the gates of Florence.

Borgo San Lorenzo is one of the most famous centers of the Mugello. Born around a court of the Ubaldini, where once stood an ancient Roman village, the town passed in the mid-tenth century under the influence of the Florentine Bishops, to which rebelled in 1273.

In 1440 the town was besieged by Niccolò Piccinino in the name of the Albizi, while in 1527 it became a stronghold against the advance of the French. From the sixteenth century it entered permanently in the dominion of the “Granducato”.

What to see in Borgo San Lorenzo?

The uncontaminated environment of the mountains, the rivers, the lakes, the hidden waters of this hidden Tuscany invite you to spend a holiday in the open air, in a harmonious relationship between man and nature.

Even lovers of history will not be disappointed, thanks to the numerous museums in the area. Here’s what to see in Borgo San Lorenzo.

Visits to museums are not the only activities that can be done in Borgo San Lorenzo: horse riding, mountain biking, gliding, flying are disciplines to try out.

The best restaurants to dine in Borgo San Lorenzo

The Mugello cuisine is sober and presents simple tastes prepared with ancient skill. The simplicity of the dishes is linked to a territorial history made of poverty.

If you want to dine in Borgo San Lorenzo to taste excellent dishes of Tuscan cuisine, here are some tips:

If you want to combine to the pleasure of a trip to Borgo San Lorenzo even the unique pleasure of staying in a Renaissance Resort we are waiting for you in Mugello at Villa Campestri Olive Oil Resort!